The project “Contested Greek-German Pasts. An Initiative for Students and Young Scholars” was jointly organized by the University of Regensburg and the Panteion University in Athens, in collaboration with the Leibniz-Institute for East and Southeast European Studies (IOS) and the Goethe-Institute in Athens, in 2015 and 2016. It was guided by Prof. Christina Koulouri (Athens) and Prof. Ulf Brunnbauer (Regensburg), together with Prof. Rainer Liedtke (Regensburg), Prof. Bernard Löffler (Regensburg), Prof. Irene Lagani (Athens) and Ass. Prof. Lina Louvi. The professors supported the participants in designing and executing their research, edited their essays, and organized side events, such as excursions.  The project received generous funding by the German Academic Exchange Service (DAAD).

The main idea of the project was to bring together students, junior and senior researchers from Germany and Greece to discuss the complex and often problematic joint history of the two countries. These discussions were conducted not only at two workshops (April 2015 in Athens and October 2015 in Regensburg) but also through lively electronic communication between the project participants. The results can be read here – essays by students and researchers on vital aspects of the history of German-Greek relations. 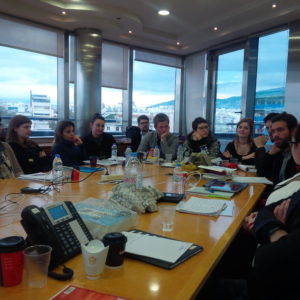 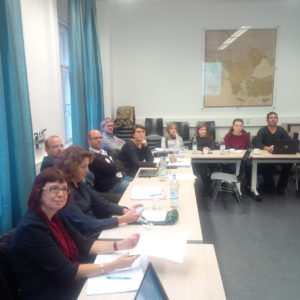 Apart from internal discussions and publications, the project organized two round table discussions with scholars, journalists and diplomats in Athens and Regensburg to reflect about the current state of bilateral relations between Greece and Germany. 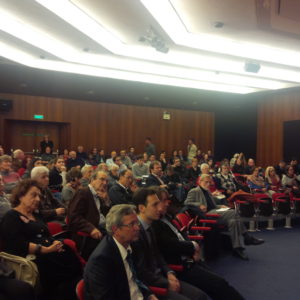